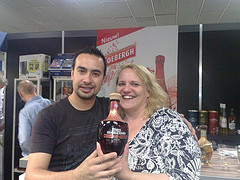 When you travel and live abroad, it is necessary that you should be aware of the traditions and customs of a country. For instance, in Mexico, the dating culture is a fascinating mixture of outside influence and traditional norms. Mexican dating rules depend on location.  The influence of America has greatly relaxed the dating styles of many bigger cities and young people are acquiring a more liberal attitude to relationships between a man and a woman.

In different degrees, traditional gender roles still prevail. Mexican men may tend to hold on to being a ‘macho’ while women are taught to play up their femininity with the hope of attracting the opposite sex. A lot of men and women still believe that the man should be the dominant partner in the relationship. With Mexican dating, modesty is still preferred. Mexicans put a huge value in appearance and a well-dressed woman or man is appreciated all the time.

In Mexican dating, a man asks for a first date and he usually pays the bill.  A man opens the door for the woman   or buys her presents.  Although Mexicans are freer when it comes to their affection, a sexual relationship usually does not occur unless the couple has created a lasting commitment to each other.