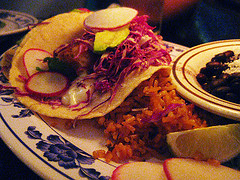 It has become one of the most popular cook shows in the United States. The show is being hosted by Marcela Valladolid, a mother of a five-year old, who runs a very successful catering business and takes cooking classes in her home town as well. Food Network Mexican made easy is aired every Saturday and the ratings are increasing each week.

Marcela grew up in Tijuana, Mexico so she definitely knows her stuff. She is also the author of Fresh Mexico, a cookbook that features several recipes from her show. If you love Mexican food, and who doesn’t, then this is the right place for you. Create your own by following the hundreds of recipes aired weekly and enjoy the irresistible taste of Mexican food, one of the best cuisines in the world.  There is more to enjoy in burritos, nachos, margarita and deep-fried foods and starches that are well loved in the US.